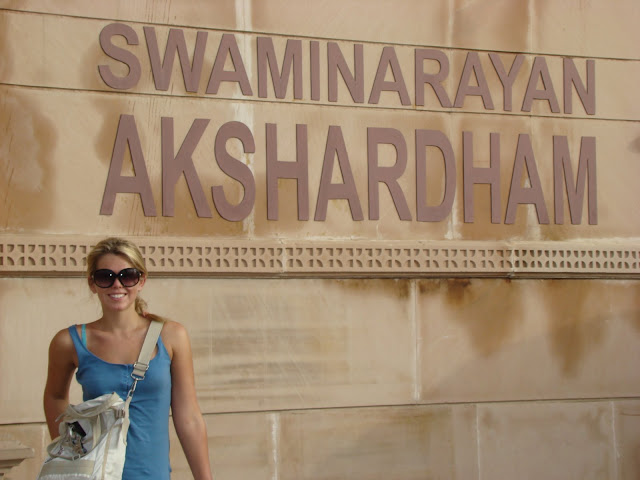 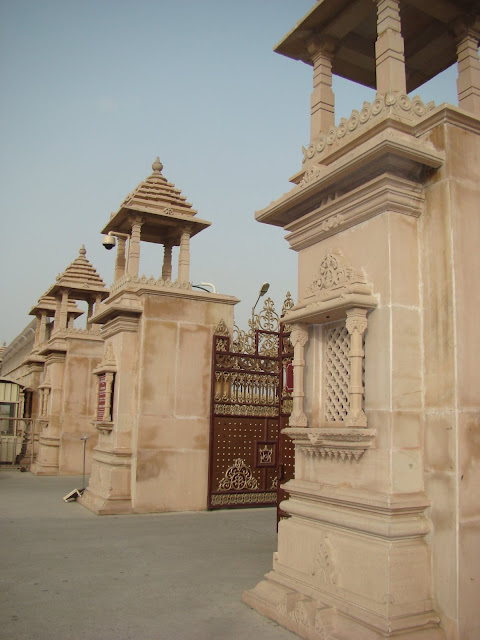 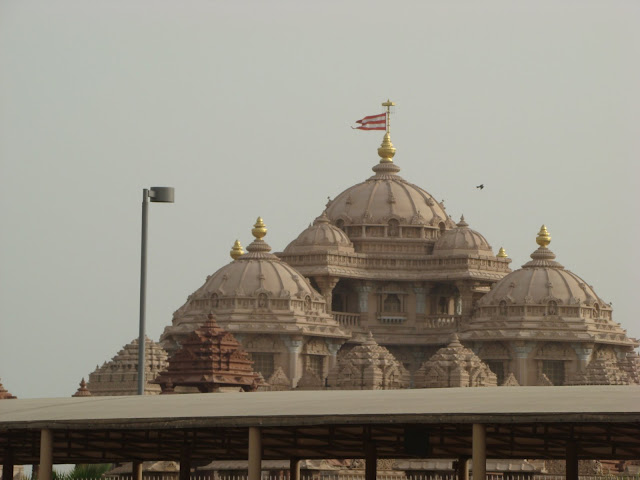 On our 6th day and also our last one in Delhi (at least for the first part) we finally got our train tickets to Agra. We already tried to get those 2 times before (and even just the day before), but the first time we got tricked (we didn’t buy anything, but one rickshaw driver drove us to all different kind of “real tourist offices”), second time we finally found the real office, but we didn’t bring our passports with us (which they needed to sell us the tickets). So it was great to finally go back and show them/give them everything they need and actually having our Agra trip planned. (That’s the city where the Taj Mahal is) After that we went to Connaught Place, walked around those stores for a little while and grabbed some breakfast at the Indian answer to Starbucks! Even Lawrence, who usually doesn’t like coffee that much, had two mocha lattes! *uiuiui* THEN we jumped into a rickshaw that brought us to the Akshardam Temple. AND THAT WAS AMAZING. Unfortunately we weren’t allowed to take pictures in there, but it is just unbelievable! Maybe google that Temple it is really worth looking at those pictures! (we took a 2 hour tour/exhibition ride and walked around the temple after. It was super interesting and in fact well made!)

Being interested in other people going through the same process of having to face changes and pretty things that make you happy I decided to pick up my activity as a blogger again. I am a German girl who loves sports and travel. I just graduated from a university in The Netherlands and got back from a 3 month long tour through the United States. Now I am ready to start my career at a lingerie brand in Düsseldorf.
You may not take any images or content from this site without written permission - For requests please email me via TStrahlendberg@gmail.com
If you would like to write an essay about your future or be interviewed for that purpose I would be happy to receive an email from you as well! 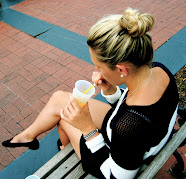 A Brand I love

You may love those as well...